Affectionateness is one of the top qualities that most cat lovers often consider before adopting a cat.

Indeed, it’s unimaginable to stay in the same house with a cat that sulks all day long. Worse yet, one that turns aggressive for no apparent cause.

There are numerous factors that determine how affectionate or aggressive a cat is, including genetics and environmental factors.

Different cat breeds have different personality types. And while most cats are generally affectionate, they all differ in their levels of affectionateness.

Some have a relatively short fuse, whereas others can remain incredibly calm and composed even in the face of sheer provocation.

Over the years, there has been a tendency among some cat owners to attribute feline personality not only to a cat’s breed, but also to its fur color.

For instance, Calicos are generally assumed to be playful and energetic. Tortoiseshells are considered highly temperamental, whereas orange tabbies are deemed to be cuddly and affectionate. But why are orange tabby cats so affectionate?

Generally, orange tabbies are considered affectionate because they’re friendlier towards people compared to other cats. These cats have pent-up energies, and tend to play a lot with their owners and other members of the household.

Read on as we unpack all the possible reasons why tabby orange cats are affectionate.

Is The Orange Tabby Cat A Distinctive Breed?

The title of this post alone is enough to have you believe that the orange tabby cat is a specific cat breed. Nothing can be further from the truth. There’s no distinct cat breed known as orange tabby cats.

Basically, a tabby cat refers to any domestic cat that sports distinctive M-shaped markings on its forehead. Tabbies may also have stripes around their eyes, across their cheeks, near their legs and tail, or on their backs. Scientists attribute the tabby markings to the agouty gene.

Most domestic cats have tabbies, regardless of their predominant colors. However, there are five officially identified tabby configurations namely;

Now, an orange tabby cat simply refers to a tabby cat with distinctive M-shaped orange markings on its coat.

Orange tabby cats go by numerous other names, such as marmalade tabby, red tabby, and ginger tabby. These cats are believed to contain a dominant pigment referred to as Pheomelanin. Pheomelanin is the same pigment associated with red hair in humans.

It’s worth noting that not all orange tabby cats are the same. Some orange tabbies are pale, whereas others are bright. You can also come across orange tabbies whose coats feature shades of brown, red, or yellow.

In addition to variances in color hues, orange tabbies also differ depending on the color patterns on their coats. Some of the most popular cat breeds that sport the orange tabby coat include; 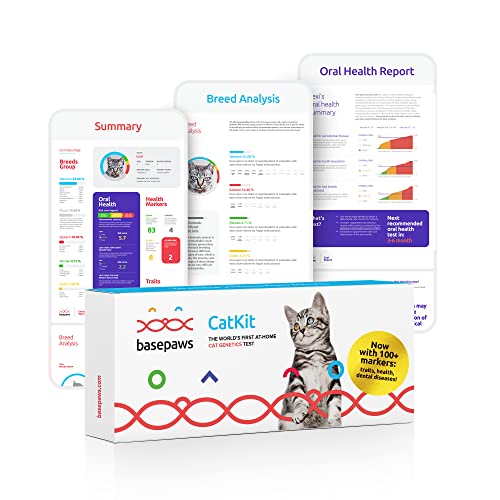 As we’ve already mentioned, a cat’s personality has nothing to do with the color of the animal’s fur or coat. Instead, it has a lot to do with the cat’s genetic makeup and environmental factors.

Genetically speaking, even cats that are thought to be naturally aggressive can grow into very cuddly and affectionate pets. That leaves environmental factors as the true determinants of a cat’s personality and attitude.

So, since there’s no scientific evidence linking feline aggression with coat coloration, all reasons that are advanced to try and explain the affectionate nature of orange tabby cats are purely theoretical. Here are some of the top reasons why orange tabby cats are considered more affectionate than other cats.

1. It’s All About Color Psychology

One of the top theories behind the affectionate nature of orange tabby cats is supported by the fact that the orange color is generally a preference for many people.

The positive human perception of the orange color makes us naturally drawn to objects that bear this color.

So, given a choice between an orange tabby cat and a black cat, most people would readily go for the former and shun the latter. Not because orange tabbies are necessarily better in personality than black cats, but because of our natural inclinations towards the orange color.

Orange tabby cats may not be as common as their brown or grey counterparts. But they’re reasonably widespread.

With many households having an orange tabby cat, it’s easy to imagine that they’re preferred for their pleasant personality.

Therefore, more people walking into cat breeders and rescue shelters will proceed from the assumption that orange tabbies are great to have around.

Another reason why many people perceive orange tabby cats to be affectionate is that the cats have received considerable popularity.

Jim Davis, the creator of the famous comic strip, Garfield, did a great job in popularizing orange tabby cats. His comic strip featured cats of different color patterns, ranging from gray and yellow to purple, pink, and blue. However, it’s the big orange Garfield that most people remember.

Though he is portrayed as a lazy cat with poor diet choices, the cute, orange color of the Garfield cat made it stand out from the rest.

In this comic strip, Jim Davies himself is remembered for the quote, “In my head, the sky is blue, the grass is green, and cats are orange.” That lends more credence to the assumption that orange cats are cuddly and affectionate.

The following are some more orange tabby cats from various movies and television shows;

In addition to screen popularization, orange tabby cats were also popularized by Winston Churchill. According to reports, Churchill owned an orange tabby known as Tango.

ALSO READ: Do Siamese Cats Like Water? Find Out Here!

This is the only explanation that comes close to being scientifically logical. But like the other reasons we’ve highlighted above, it’s still not entirely credible.

Now, it’s believed that the gene that accounts for the orange coloration in orange tabby cats is carried on the X chromosome.

However, the gene also happens to be recessive. Which means that if a female cat has this gene only on one of its chromosomes, it’s the dominant gene (non-orange gene) on the other X chromosome that will be expressed. On the other hand, male cats with XY chromosomes require only one copy of the orange gene on its X chromosome.

In lay terms, the orange coloration is likely to be more common in male tabby cats than their female counterparts. And according to unconfirmed theories, male cats tend to be more affectionate than female cats.

So, the fact that your orange tabby cat is affectionate may have a lot to do with its gender and not really the orange color.

After pointing out that the orange coloration in orange tabby cats has nothing to do with the cats’ affectionate nature, you’re probably wondering if you should go ahead and acquire an orange tabby cat.

The following are general features of orange tabbies that you should familiarize yourself with if you’re considering bringing such a cat home;

1. They have a distinctive “M” pattern

All tabby cats (not just orange ones) have a distinctive M-shaped appearance above their eyes.

The pattern is believed to help the cat camouflage from predators. However, depending on your orange tabby’s parents, the M pattern may not be very pronounced. 2. They have five different markings

We mentioned earlier on that orange tabby cats come with five distinct markings on their coat. Interestingly, none of these markings is a solid orange.

✔ Mackerel or stripped – Orange tabby cats with mackerel markings look like a tiger and sport an “M” shape on their foreheads.

✔ Classic – Also known as blotched, marbled, or swirled orange tabbies, these cats have a tie-dyed appearance.

✔ Ticked or stripeless – Orange tabby cats with stripeless markings come with “salt-and-pepper” patterns on their coats, which make the cats have a sandy appearance.

✔ Spotted – In spotted orange tabbies, the orange stripes are not continuous. Instead, they’re broken so that they appear like spots.

✔ Patched – Patched markings are formed by any of the above four patterns. 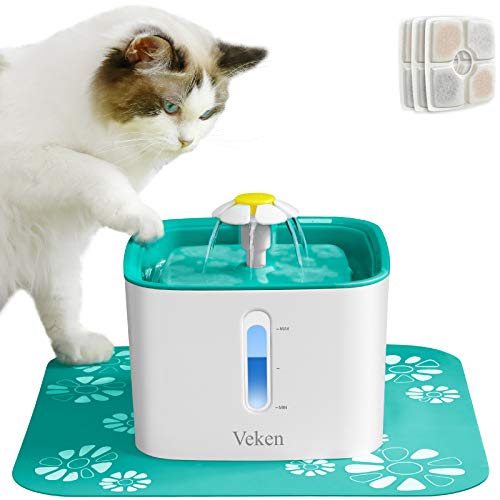 3. They have black freckles

Orange tabby cats tend to have black freckles on their face, particularly around their gums, nose and lips. The freckles are harmless and contribute to the cat’s overall beauty.

This corroborates our earlier explanation of how the orange coloration is expressed. For the avoidance of doubt, most orange tabby cats are males, but male cats are not necessarily more affectionate than females.

ALSO READ: Why Is My Cat Ignoring Me All of a Sudden? (8 Reasons)

As you may have gathered from now, orange tabby cats are not necessarily more affectionate than cats of other color patterns.

While many cat owners swear by the cuddliness of their orange tabbies, there’s no solid scientific evidence linking a cat’s color to its personality. How affectionate or aloof your cat is comes down to socialization and a bit of genetic makeup. 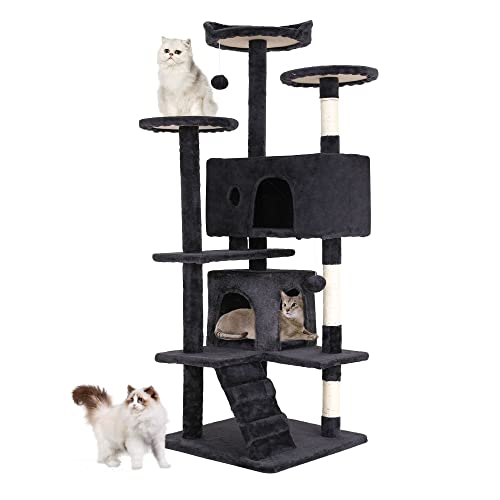 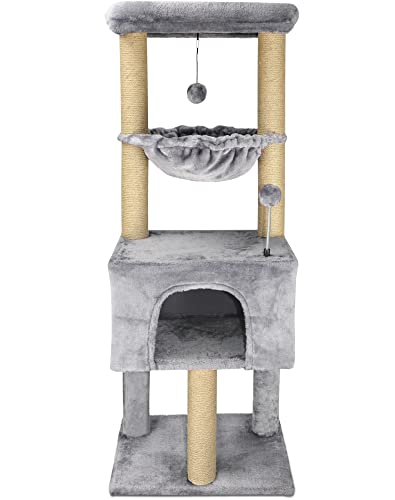