Hot dogs are yummy and delectable. The finger-licking taste and the savory aroma of these sausage sandwiches are the reasons behind their popularity in many homes today.

And not just us, but our feline friends also find the smell of hot dogs to be exceedingly pleasing.

Not to mention, cats are somewhat attracted to red color as well as spherical and conical shapes, so they might find hot dogs to be visually appealing too.

Now, as a pet owner, you may have observed that your cat tends to get worked up each time it picks up the smell of hot dogs in your house.

And being the caring pet parent that you are, you might be tempted to slip some hot dog to your kitto. But before you do, you should ask yourself the all-too-important question, can cats eat hot dogs?

Answer: No, cats should not eat hot dogs due to the quality of the meat used and a host of other ingredients that are potentially harmful to cats.

Remember, nutritionists and food researchers have always discouraged the consumption of hot dogs even among humans. So, it’s almost impossible to imagine that something which is deemed to be potentially dangerous for humans could benefit our pets in any way.

Read on for more insights on why hot dogs aren’t recommended for cats.

What Do Cats Eat?

One of the frequently asked questions by pet parents is, can I give my cat a hot dog?

As we’ve seen, experts discourage hot dogs for cats, and one of the reasons they cite is the quality of the meat used. That might get you wondering, what exactly do cats eat?

Now, cats are obligate carnivores. This means that your kitto can derive all of its nutritional requirements from a diet of animal proteins. Unlike humans who must eat a balanced diet that also consists of grains, fruits, and vegetables, your feline companion will do just fine with animal flesh.

A cat’s body is so designed that it can even synthesize some of the minerals and vitamins that it doesn’t derive from its diet directly. Examples include vitamin C.

However, that doesn’t mean fruits, vegetables, or grains are exclusively harmful to cats. In any case, you must have spotted your furry friend nibbling on grass in your backyard and wondered whether the cat was going vegan.

Occasionally, cats nibble on plant matter to help them relieve gastrointestinal issues, such as constipation and diarrhea. But that’s as far as it goes. When it comes to dietary elements, there’s very little of it that your cat can obtain from fruits and vegetables.

But how come hot dogs are discouraged, yet cats can exclusively live on animal protein?

Without meaning to sound repetitive, the primary concern with hot dogs is the quality of meat used. Unlike humans who can eat processed meat, processed meat is considered harmful for cats.

Instead, a cat should eat raw or fresh meat. If you must cook it, you should boil the meat in plain water and serve it to the cat without adding any spices or seasonings.

Besides raw and boiled meat, you can also feed your cat canned meat. Since canned meat comes with higher moisture content, it’s especially useful in keeping your cat dehydrated. And the good news is that cats love canned meat.

Apart from the fact that it’s made of processed meat, there are many other reasons that make hot dogs a no-no for your kitto.

The following is a list of some of the hot dog ingredients and how each one of them could impact the life of your cat.

Most hot dogs are made of mechanically separated meat. Others are prepared from either meat slurry or pink slime.

Ordinarily, there shouldn’t be anything wrong with offering any of these meat variants to your furball. However, remember that after cooking hot dogs, they must be heated to a minimum internal temperature of 75°C before they can be consumed.

When foods are subjected to such ultra-high temperature conditions, two things happen. One is that they lose a great deal of their nutritional value. And secondly, the heat could introduce toxic substances into the food, including heavy metals.

These are the primary reasons why experts discourage processed foods, not only for cats but humans as well. In addition to processed meat, hot dogs also contain numerous flavorings. The most popular ones are garlic, salt, and paprika. All of these ingredients carry some toxicity, but sodium and garlic are the most harmful hot dog flavorings for cats.

The body of cats is designed to cope with very little sodium content, and a spike in the sodium levels in their system comes with potentially fatal consequences.

Dehydration is the most obvious and immediate consequence of too much sodium content in your cat’s body. But that’s just the beginning of its woes. Some of the symptoms of sodium poisoning include;

If these symptoms are not addressed with the urgency it deserves, the condition could be fatal.

The earliest symptoms of garlic poisoning are gastrointestinal complications, such as vomiting and diarrhea. If you don’t seek urgent remedial action, your cat will begin to show anemia symptoms, including colored gums, rapid breathing, lethargy, and elevated heart rate.

ALSO READ: Are Male Cats More Affectionate? Or Is It All A Myth?

Though most hot dogs are made for immediate consumption, they are also classified among long-life, ready-to-eat foods. That explains why the meat used is often treated to ensure it lasts as long as possible.

The World Health Organization has adversely mentioned these compounds as containing chemicals that are classified under the Group 1 Carcinogens.

And the fact that hot dogs come ready to eat complicates the matter even further. Offering the food to your cat means you’re introducing all these toxic preservatives without the slightest attempt to minimize their effects. Hot dogs are exceedingly high in fat content, making them further detrimental to cats. While cats live exclusively on animal proteins, they prefer their meat lean.

Feeding hot dogs to your feline companion could expose the cat to various chronic conditions, such as obesity, diabetes, and heart disease.

Apart from the above ingredients, there are additional qualities of hot dogs that make them harmful to cats.

For instance, hot dogs might cause bacterial infections if you don’t treat them properly to kill pathogens. This especially applies to canned or otherwise preserved hot dogs.

The ingredients contained in an unopened package of hot dogs may provide a breeding ground for the growth of Listeria monocytogens. The bacteria can cause severe infections to your cat, especially if the cat already has a compromised immune system. Examples of cats with weakened immunity include the very young, very old, and sickly cats. So, you might have been wondering to yourself, can kittens eat hot dogs?

As we’ve seen, hot dogs come with high toxicity for adult cats and when it comes to kittens, the situation is even grimmer.

Also, the size, shape, and visual appeal of hot dogs present choking hazards. Cats don’t chew their foods as efficiently as we do. Instead, they may choose to swallow a hot dog whole as a result of misjudging the shape or density of the food, thereby choking on it.

Does The Form And Method of Preparation Matter?

Having already pointed out how dangerous hot dogs can be to cats, you could be wondering if the form or method of preparation matters.

Indeed, you might be asking yourself, can cats eat hot dog wieners?

Most hot dog wieners consist of all beef, though some might feature a mixture of beef and pork. To make hot dog wieners, the meat is first processed before it’s cured, smoked, and finally, cooked.

The curing phase is what many vets and nutritionists have an issue with. That’s because sodium is the main substance used during the curing process, and we’ve already highlighted the serious consequences of introducing excess sodium content into your cat’s bloodstream.

And like most hot dogs, hot dog wieners contain excess fat as well as toppings and preservatives, each of which carries a degree of toxicity. Needless to mention, hot dog wieners are still made of processed meat, which cats shouldn’t eat either. There is also the question of beef hot dogs and chicken hot dogs, and you might be wondering which one of the two is the better alternative.

Generally, it doesn’t matter the kind of meat involved. As long as the treatment process is the same, then the hot dog isn’t recommended for cats.

👉 The only saving grace for chicken hot dogs would be the fact that they contain significantly lower fat content compared to beef or pork hot dog. However, the amount of sodium in the chicken meat that’s used in the preparation of hot dogs is still considered dangerously high for our feline friends.

Lastly, another question that you might find a bit nagging is, can cats eat cooked hot dogs?

Again, this will depend on the treatment used and the method of preparation involved. If the hot dog already contains preservatives, cooking may not help much.

You’d require intense cooking to kill or minimize the effects of those preservatives, by which time the food would have lost nearly all of its nutritional elements.

So, Can Cats Eat Hot Dogs?

Cats should not eat hot dogs in whichever portion. Always insist on serving only raw and lean meat to your kitto.

If you’re looking for the best foods to treat your cat, consider any food that doesn’t contain sodium, nitrates, garlic, or the ingredients that are considered highly toxic for cats.

Pancakes are some of the yummiest and most nutritious treats for humans. Pancakes are incredibly easy to prepare too. So, it comes as no surprise that these cakes are a popular delicacy in many homes...

Continue Reading
link to Can Cats Eat Pretzels? Will Pretzels Harm My Kitto?

Pet parents all over the world are always looking for the best foods to supplement their cats’ diets with. Indeed, such initiatives should be encouraged as they ensure that our feline friends... 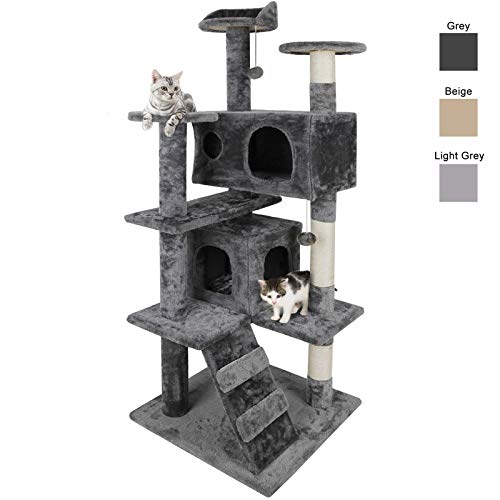 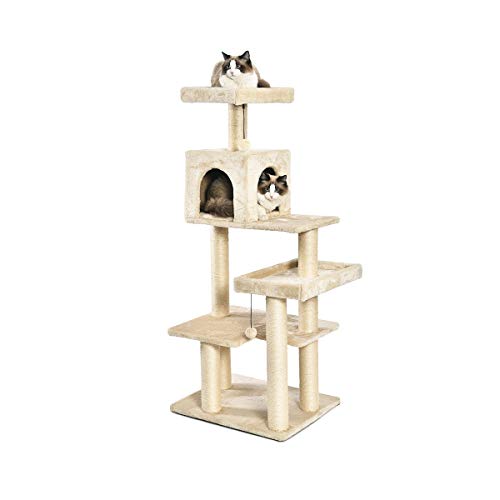 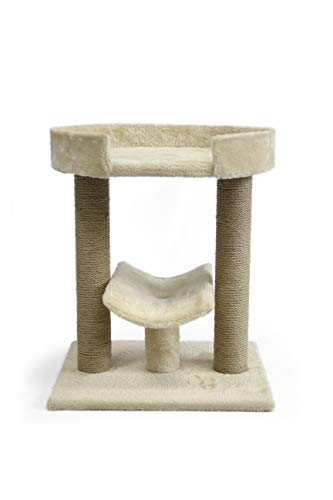