A cat begging for human food is not an unfamiliar sight. And neither is the sight of the cat owner gladly offering human food to the feline.

What many pet owners don’t realize is that the digestive system of cats is quite different from that of humans. That’s why experts generally discourage pet owners from serving human foods to their furry companions.

However, not all the foods that we eat are potentially harmful to our pets. In fact, there are quite a few human foods that are pretty safe for cats. The problem comes when the cat consumes more than what’s considered safe for it.

Take a case of spinach. Being a vegetable, most of us should naturally shy away from offering it to our feline friends. That’s because cats are obligate carnivores. Therefore, their digestive systems aren’t designed to process plant matter.

But is spinach harmful to cats? Can cats eat spinach, and how much of the vegetable is considered too much?

The short and straight answer is “yes,” cats can eat spinach only in small amounts, as consumption beyond the recommended amounts could lead to oxalate poisoning. So, if your cat has a history of renal complications, then you might want to give spinach a wide berth.

Also as a pet owner, there are things you need to watch out for. Read on for a more insightful view on the topic.

What Are The Health Benefits Of Spinach?

One way to answer the question “can cats have spinach” is to explore the possible benefits of this vegetable.

Spinach packs a host of health and nutritional utilities. Most of the tests on the health and dietary advantages of spinach have been conducted on humans.

However, your feline companion could also benefit from a diet of spinach, one way or another. The following are some of the reasons you might consider incorporating spinach into your feline’s diet.

1. Regulation of Blood Pressure and Prevention of Heart Disease

Heart disease is a debilitating condition that affects felines nearly the same way it affects us.

The condition is not only difficult to treat, but it’s also a precursor to even more severe complications, like heart failure. Therefore, the best way to fight feline heart disease is to prevent it from happening in the first place.

Spinach contains an abundance of essential minerals, such as nitrates. These minerals are renowned for their ability to keep blood pressure in check.

According to this study, a diet laden with nitrates can significantly decrease the risks of developing heart disease.

ALSO READ: Can Cats Eat Bell Peppers and How Safe Are They?

Cancer is one of the most dreaded conditions, and rightfully so.

When it strikes, it leaves a cat extremely weak and lethargic, if not dead altogether. On the other hand, the cat owner is left emotionally and financially devastated.

Thankfully, you can ward off this life-threatening condition by occasionally treating your feline to a diet of spinach.

According to certain research studies, spinach contains two significant compounds that help slow down the growth and proliferation of cancerous cells. These include SQDG and MGDG.

In addition to fighting cancer, spinach is rich in antioxidants that help prevent oxidative stress. Therefore, it boosts your cat’s immunity against other diseases, such as diabetes and arthritis. The antioxidants in spinach also prevent premature aging.

Spinach boasts carotenoids that are associated with improved vision. Examples include lutein and zeaxanthin. Together, these carotenoids work to prevent your cat from developing cataract or macular degeneration.

As you may know, these two conditions are the primary causes of feline blindness. The best part is, lutein and zeaxanthin can even reverse an already existing eye condition.

Constipation is a common digestive complication among felines. And spinach is one of the most effective remedies for it.

Spinach is packed with insoluble fiber. Insoluble fiber is the form of dietary fiber that doesn’t dissolve in water. Instead, it moves through the cat’s stomach, almost the same way it was ingested.

As a result, it helps bulk stool as the food moves through the cat’s intestines, thereby helping regularize bowel movements. To completely ease indigestion, the fiber in spinach is complemented by the high water content in the vegetable. A 100-gram serving of raw spinach boasts over 90% water content. This could significantly help relieve constipation as well as dehydration in cats.

The above-highlighted are not the only health and nutritional advantages of spinach.

Remember that the vegetable also contains a host of other crucial minerals and vitamins. Examples include Vitamins A, C, and K1, as well as iron, calcium, and folic acid. Each of these comes with positive impacts on your feline’s overall health.

But in spite of all these numerous health benefits, you might still be wondering to yourself, can I give my cat spinach?

While you can offer spinach to your feline friend, experts encourage doing so in moderation. And by moderation, we mean a leaf or two, served occasionally.

As we mentioned earlier, cats are obligate carnivores. Therefore, they can live exclusively on a diet of meat. Adding spinach to their food once in a while shouldn’t be a problem, though. Just ensure you offer the vegetable as a treat or a reward for good behavior.

Never should spinach replace your feline’s staple diet. So, is spinach safe for cats?

Generally, the vegetable doesn’t contain dangerous toxins, or at least, not in levels considered highly alarming. You only have to ensure you watch the portions you give to your furry friend.

Apart from moderation, there are a few more precautions you should take when offering spinach to your cat.

👉 Well, raw spinach leaves contain oxalates, which could turn out to be somewhat toxic for your feline companion. We’ll discuss the potential hazards of oxalates in the subsequent section.

The best way to offer spinach to your cat is by cooking the vegetable first. However, the method of preparation also matters a lot. For instance, is it best to fry, steam, boil, or smoke the vegetable?

Generally, the most recommended methods of preparation are steaming and boiling. That way, most of the essential nutrients remain intact. 👉 Avoid giving your cat fried spinach, as that exposes the cat to worrying levels of unsafe fats.

However, even when boiling the vegetable, ensure you don’t add in salt, pepper, spices, or any other condiments considered harmful for pets.

Once prepared, you can serve the vegetable to your cat as a standalone food, or mix it into the cat’s regular food.

Remember, the dilemma of giving either boiled or raw spinach to cats is one many pet owners face from time to time. And while boiled spinach is generally recommended, it isn’t always the ideal option.

Indeed, there are instances when raw spinach could be safer and more beneficial for a cat. As humans, we can readily consume raw spinach as part of a salad.

Sadly, most ingredients we use to make salads comprise of the very foods considered harmful for cats. But if you can successfully eliminate these ingredients, then you’re better off serving raw spinach to your feline.

As we already mentioned, one major drawback of raw spinach is the presence of oxalates. However, remember that boiling also destroys certain essential elements in spinach, such as folic acid.

So at times, you might be tempted to offer the vegetable raw. If you must, ensure you only give your cat fresh spinach.

Besides, wash the vegetable thoroughly in clean water to remove any debris or aerosol residues from the leaves. While you’re at it, consider tossing away the tough stems, as your feline might choke on them.

👉 There’s also the question of baby spinach and whether it’s more beneficial to the cat than mature spinach. Certain studies indicate that baby spinach could contain more oxalates. Therefore, they aren’t the best for cats.

Is Spinach Poisonous For Cats And What Should I Watch Out For?

Having discussed the advantages of offering spinach to your cat in moderation, you may still be wondering, is spinach good for cats? And should I exceed the required portions, can the vegetable get toxic for my feline friend?

👉 While spinach isn’t harmful to cats per se, consumption beyond the recommended amounts could lead to oxalate poisoning.

Oxalates are a significant risk factor for kidney stones. So, if your cat has a history of renal complications, then you might want to give spinach a wide berth.

The following are some of the symptoms of kidney stones: Apart from kidney stones, the oxalates present in spinach are also associated with iron and calcium deficiencies. The risks are more real if your cat consumes too much of the vegetable.

Lastly, you might also want to watch out for addictions. Addiction is hazardous, especially if the vegetable causes adverse effects each time the cat consumes it. In such cases, you may consider alternatives, such as peas and carrots.

ALSO READ: Can Cats Drink Almond Milk or Is It A Forbidden Treat?

Conclusion: So, is spinach bad for cats?

Spinach is very healthy for cats. But remember, cats survive primarily on animal protein. Fruits and vegetables should be offered only as treats.

In the case of spinach, you should exercise heightened caution, as high amounts of the vegetable could prove disastrous.

Spinach contains oxalates that are known to interact adversely with a cat’s renal and digestive system. So, the best way to offer spinach to cats is in moderation. Better yet, consult your vet before introducing the vegetable into your feline’s diet.

link to Can Cats Watch TV? (and What Do They See?)

You’re binge-watching your favorite Netflix series. You step out momentarily to use the bathroom. When you return, you find your cat staring intently at the television as though he’s enjoying the...

Continue Reading
link to Why Do Cats Sleep On Their Backs? Here Are All the Possible Reasons

Cats are famous for their quirky behaviors and unpredictable stunts. But nothing beats the cuteness of a cat lounging on his back with his paws up in the air. If you’re blessed with a cat who... 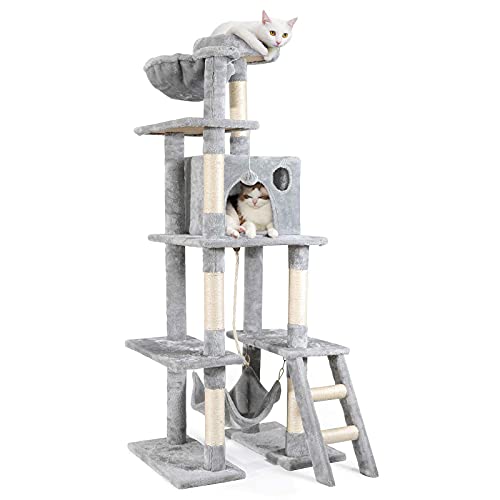