Spices are some of the top human foods that cats and dogs shouldn’t eat. Spices are notorious for triggering a range of gastrointestinal complications in pets, including vomiting, diarrhea, and stomach upset.

However, there’s always an exception to every rule. While most spicy foods are potentially harmful to cats, not all spices will induce immediate health concerns.

If you’re a proud cat owner who also loves to cook with cumin, you may now be wondering whether you can share cumin-containing foods with your feline friend. But can cats eat cumin?

Yes, cats can eat cumin in moderation. While cumin is inherently a spice, it’s not immediately toxic to cats. However, note that the keyword here is moderation. Remember, all kinds of spicy foods (including cumin) may still cause digestive issues if fed to cats in excess.

Read on for more information before giving cumin to your cat.

Cumin, scientifically known as Cuminum cyminum, is a staple spice in numerous cuisines worldwide. The leafy, flowering plant belongs in the family Apiaceae, and is native to the Middle East, China, India, and the Mediterranean region.

Cumin is commonly confused with caraway (Carum carvi), another popular member of the Apiaceae family. However, the spices differ fundamentally in their taste, color, and plant size, with cumin sporting a hotter taste, lighter color, and larger size.

In terms of phenotypic characteristics, the cumin plant grows to a modest height of 30 – 50 centimeters (12 – 20 inches). The annual herbaceous plant is characterized by its slender, grey or dark-green, branched stems. Each cumin stem splits into two or three sub-branches. The sub-branches typically grow to the same height, giving the cumin plant a uniform canopy. Cumin leaves generally measure 5 – 10 centimeters (2 – 4 inches) long. The leaves can be pinnate or bi-pinnate and usually feature thread-like leaflets. When in bloom, cumin produces small, white or pink blossoms. The flower blossoms occur in umbels, with each umbel producing 5 – 7 umbellets.

Cumin is mainly cultivated for its seeds. Upon maturation, cumin seeds are harvested, dried, and then used as a spice either in their whole or ground form.

Cumin seeds have been widely studied for their potential health and nutritional benefits. Findings from these scientific studies, coupled by numerous pieces of anecdotal evidence, suggest that cumin may contain a host of benefits for humans.

But can the same be said about cats? Can cats eat cumin seeds?

While most cumin-based studies have been focused on humans, it’s easy to extrapolate the findings to cats as well. That’s because all mammals (including humans and cats) share the same endocannabinoid system.

The endocannabinoid system is a sophisticated cell-regulatory system that plays a number of crucial physiological functions. Some of its roles include regulating endocrine balance, maintaining circadian rhythms, transmitting pain signals, and boosting the overall immunity. Most therapeutic substances affect the body via the endocannabinoid system.

More on the potential health benefits of cumin for cats later on.

Is Cumin Safe For Cats?

We’ve just indicated that cumin isn’t immediately toxic to cats. Nonetheless, you may still be wondering, is cumin good for cats?

Well, the fact that a given food product is non-toxic to cats doesn’t necessarily imply that you can share the food with your feline friend.

Remember that cumin is inherently a spice, and by extension, a plant-based food. So, after all is said and done, the spice may still harm your cat. That’s because cats are obligate carnivores, which implies that they virtually derive all their nutritional requirements from a diet of animal protein.

But there’s a saving grace.

First, the domestic cat has lived with humans long enough to have acquired some of our dietary habits, one of which includes snacking on plant-based foods. Also, cumin shouldn’t be a problem for your cat if fed in moderation. In fact, the spice may provide numerous benefits to your kitto, as the following section highlights. Health Benefits of Cumin for Cats

The following are the various benefits your cat may enjoy from cumin, based on the above nutritional profile of cumin seeds;

Cumin is rich in dietary fiber.

Dietary fiber is noted for its ability to relieve indigestion by treating constipation. When consumed, fiber adds bulk to the stool, thereby enhancing bowel movements.

Dietary fiber may also relieve indigestion by nourishing the microorganisms that live throughout an animal’s alimentary canal, known as gut microbiota. These organisms play a role in improving digestion while also lowering the risks of various digestive disorders. 2. Cumin May Help With Weight Management and Rehydration

Dietary fiber doesn’t just help with digestion. Fiber also works synergistically with protein and water to create a sense of fullness for longer.

Giving your cat food products rich in these three core elements may help to lower the food portions the animal can down in one sitting while also keeping his food cravings in check. Fortunately, cumin is loaded with dietary fiber as well as protein and water.

The high water content in cumin may also help to rehydrate your cat.

In countries where cumin grows natively, the spice has been used in folk medicine for years to treat diarrhea.

Although there are limited modern studies focusing on cumin’s antidiarrheal properties, the findings so far seem to corroborate anecdotal reports.

The oil obtained from cumin seeds has been touted for its potential antibacterial and anti-parasitic properties. Cumin oil is particularly effective if used as a larvicide or antiseptic agent.

So, integrating cumin oil into your cat’s grooming and skincare routine may help to kill harmful bacteria and parasites, including fleas.

Yes, supplementing with cumin is an ingenious way to keep your cat flea-free. 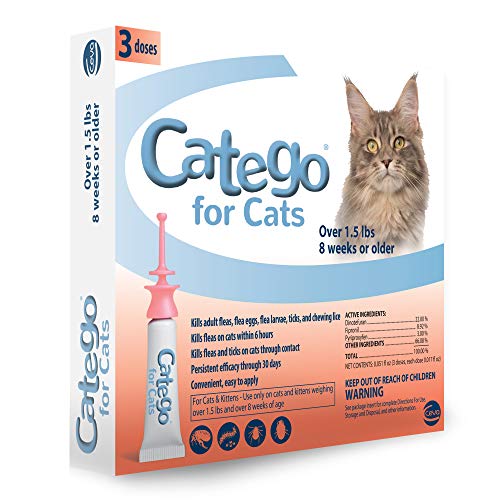 Cumin seeds contain natural antioxidants, including apigenins and luteolins. Antioxidants lower the risks of disease by countering the effects of free radicals in body cells. The compounds are especially effective against chronic diseases like heart disease, cancer, and arthritis.

Now that cumin may prevent certain chronic illnesses, you could now be wondering, can diabetic cats eat cumin?

Diabetic cats can consume cumin. In fact, cumin has been used as part of successful herbal drug trials for diabetes. Lab studies involving animal specimens have also proved that cumin may improve the symptoms of diabetes.

However, remember that cumin is only beneficial for diabetic cats if fed in moderation. Too much cumin may harm your feline friend. That’s considering that these spices also contain significant amounts of carbohydrates, sugars, sodium, and fats, all of which are known to exacerbate diabetes.

ALSO READ: Can Cats Eat Sesame Seeds? Are They Safe For Cats?

Is Cumin Ok For Cats?

Based on the potential health and nutritious benefits of cumin highlighted above, it appears like cumin may be perfectly okay for cats.

But before you share cumin-containing foods with your kitto, it would help to also understand some of the potential dangers.

The following section sheds more light into that.

Why Can Cumin Be Bad For Cats?

Cumin is inherently a plant. And as we did mention, cats are meant to be obligate carnivores. While cats can snack on plant-based products from time to time, these products shouldn’t replace their staple diet of animal protein.

Besides, cumin is also a spice. When it comes to spices and cats, there are always risks and side effects to watch out for.

The most common side effects of cumin in cats present as symptoms of gastrointestinal distress, including nausea, vomiting, diarrhea, abdominal discomfort, and appetite loss.

Studies have also shown that cumin may suppress testosterone levels. So, if you care so much about your tomcat’s fertility, then you may consider other cumin alternatives.

Cumin has also been used by various cultures to induce miscarriages. That makes it potentially harmful to expecting cats.

Is Cumin Poisonous to Cats?

If you consider the potential effects of cumin on your cat’s digestive system, testosterone levels, and pregnancy, it’s logical to conclude that this spice may be injurious to your cat. But remember, it all depends on the amount of cumin that you feed your cat.

Are Cats Allergic to Cumin?

Cumin may also induce allergies in cats. That’s especially if fed for the first time. Allergies may manifest as gastrointestinal symptoms like vomiting and diarrhea, respiratory complications like elevated breathing and runny nose, or anxiety symptoms like irritability.

But even if cumin won’t trigger any adverse effects on your cat, consider the following; 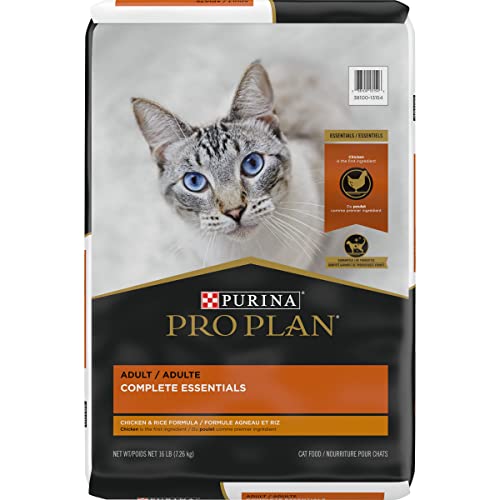 How Much Cumin Can I Give My Cat?

There’s no hard-and-fast rule on the exact amount of cumin to give to your cat. That depends on factors like the animal’s age and body size, as well as activity and tolerance levels.

If you’ve decided to share cumin with your cat, the conventional wisdom is to exercise moderation.

Also, be sure to monitor your cat carefully for any adverse effects.

That brings us to the question, what to do if your cat eats cumin?

If you suspect that your cat ate cumin behind your back, the first thing to do is to establish the amount of cumin that the animal has eaten.

There shouldn’t be any cause for alarm if the portions consumed are considerably low. Otherwise, keep your eyes out for adverse effects.

Symptoms of vomiting and diarrhea can be managed by ramping up your cat’s fluid intake. But if these symptoms don’t resolve in a couple of hours, take the animal to the vet for further examination.

What Spices Can Cats Eat?

If the side effects of cumin for cats seem too frightening, it’s reassuring to know that there are plenty of spices that can be given to a cat other than cumin.

In the same breath, avoid spices like onions and garlic. Is Cumin Safe For Cats As An Herbal Remedy?

Cumin presents no immediate danger to cats. In fact, the spice contains certain benefits that your feline friend may enjoy.

However, cumin is only safe for cats if fed in moderation. Too much of the spice might make your cat sick, in addition to irritating his mouth.