Cucumbers are a good source of nutrients for us humans but are the same true for your feline friend as well?

Having at least 90% water, cucumbers help us to stay cool especially in hot weather and that is probably why it is a must-have salad ingredient.

However, this is a question that is mostly asked by many pet owners, can cats eat cucumbers? Is it okay for my cat to eat cucumber?

Read on to find out more about cats and cucumbers!

Can I Give My Cat Cucumbers?

The simple answer is yes! However, you need to give your cat cucumbers with moderation.

👉 They do have some health benefits but you should not give your feline friend more than one or two slices.

It is agreeable that cucumbers do have some nutritional values which we are about to discuss and they can also help with the thirst.

However, remember that cats are carnivorous animals and they do not eat vegetables. Therefore you may give your feline friend some little slice of cucumber but it should not be a substitute for her regular meals. What Are The Health Benefits Of Cucumber To Your Cat?

Cucumbers are a great source of vitamin K. They also contain beta-carotene, copper, potassium and manganese.

This essentially means that a slice or two is a gain for your cat in terms of these healthy nutrients. They cannot be of any harm to your little ball of fur.

The truth of the matter is that there is actually nothing wrong with a bite of cucumber once in a while because it does make a good and cool treat in the hot summer weather.

According to an animal nutrition expert, cucumbers are known for their ability to help mitigate and reduce the risk of cardiovascular diseases and also help to keep at bay several types of cancer in humans.

👉 In cats, cucumbers as we have highlighted before are loaded with vitamin K. Vitamin K helps to improve their blood clotting factor and is also good for your feline friend’s liver.

ALSO READ: Can Cats Eat Olives? Or What About Watermelon?

Is your cat diabetic?

Worry less because cucumber contains no artificial sugars and is also low in calories. This is good news in case you were worried that your cat might get fluffy and obese.

We are all aware of the fact that obesity in cats and dogs lead to many serious health complications in your pet’s latter years and may cause a shorter than normal lifespan.

👉 Cucumber is good for weight loss in animals just as in humans alike. It contains molybdenum that aids in your cat’s metabolism. This is a good reason why you need to give your cat a slice of cucumbers or two at most if they are overweight.

Is Cucumber Safe For Cats?

One of the most common problems with us pet owners is that, when we discover that something is good for our pet, then we try to exaggerate the amount we give to them.

You need to keep in mind that when you give your cat more than a slice or two of cucumbers, then what is likely to happen is that they will probably get diarrhea.

Therefore since cucumbers contain plenty of water, you need to just give it to your cat as an occasional treat.

Can My Cat Eat Cucumber Skin?

Cucumber skin might be quite hard for your cat to digest. It is better for you to peel off the cucumber skin for your little kitten before you offer her this amazing and nutritious treat.

The other very important reason as to why you need to make sure that you peel off the cucumber’s skin is so as to remove any poisonous pesticides. The best thing you can do for your feline friend is to peel off the cucumber skin before giving her to eat.

Remember that this is the general rule for all vegetables that you may want to give your cat and not just the cucumber alone. If you wouldn’t want to eat the cucumber skin, then your cat probably shouldn’t either.

Are Cats Afraid Of Cucumbers?

There has been a lot of fascination on the internet about cats and their reaction towards cucumbers.

You have probably come across a clip in which a cucumber is placed near a cat that is unaware of it, probably when resting or napping. When they wake up, most cats have a strong and repulsive reaction toward the vegetable.

👉 According to studies by animal behavioral scientists, such pranks may cause physical and mental trauma to your cat so you need to avoid it altogether.

It may trigger feelings of aggression and there are times where the negative reactions might have serious consequences. Your cat may begin having resentment over everything green or that has cucumber-like appearance.

So rather than you scaring your cat with vegetables just to amuse the internet audience, you can give them to eat to be healthy and strong.

In conclusion, cats can eat cucumbers. You only need to make sure that you peel off the cucumber skin before giving it to your feline friend to eat.

Cut the cucumber into sizable slices and give your cat just one or two. Cucumbers have high water content and too much of them may cause your cat to experience bouts of diarrhea.

Avoid overfeeding your cat with too much cucumber to avoid such gastrointestinal upsets. One or two slices a week should be okay for your cat. Especially because cucumbers are tasty and healthy vegetables that are loaded with nutrients.

Cucumbers have vitamin K that helps in blood clotting and they also have molybdenum that is very crucial for cat’s metabolism.

Does your cat like to eat cucumbers? Let them enjoy this amazing treat because cucumbers are pretty nutritious and help to cool off your feline friend during hot weather.

link to Why Does My Cat Lick My Armpits? (5 Reasons + Tips to Redirect this Behavior)

So, you’re relaxing on your bed or your couch with your arms up when suddenly, your adorable cat tries to reach for your armpits. At first glance, this doesn’t strike you as odd since cats are...

Continue Reading
link to My Cat Ate A Rubber Band: Will She Be Okay?

Cats are incredibly smart animals who can often tell straightaway what’s safe and what’s potentially dangerous to them. But cats are also inherently curious and will not hesitate to check out... 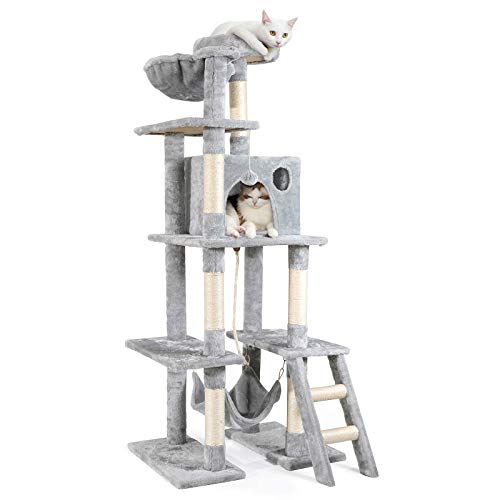 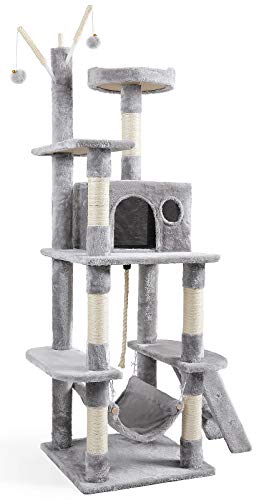